Established and growing institution in Siena

DA Siena operates a unique system of Continuous Enrollment in which students are able start a course on just about any Monday of the year depending on the individual’s language level. There are six different language levels according to the Common European Framework of Reference for Languages. Upon arrival students are asked to take a written and spoken placement test in order to accurately assess their level and assign them to the most suitable class.

The didactic work is structured in small sized classes with homogeneous language levels. Teachers are highly qualified and committed to the safeguard and promotion of the Italian language and culture. 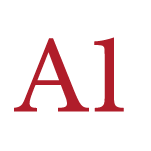 The basic points of Italian grammar. 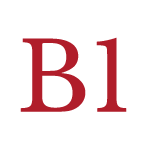 Increase the students’ knowledge of Italian Grammar and Culture. 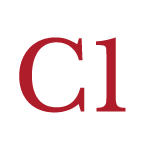 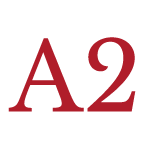 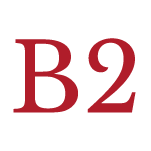 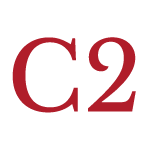 Find out what it's like to Study da Siena

DA Siena is a recognized Center for issuing the P.L.I.D.A. certificate

With the PLIDA certificate you may:

Luca obtained his Phd in Teaching Italian Language and Culture Through Opera, in 1987 he began a collaboration with DA Siena and started teaching Italian language and culture, as well as university courses in Italian Opera and the History of Italian Cinema. Today he is DA Siena President and his great passion for teaching leads him to still hold courses for US Universities, colleges, and students from all over the world.

Alessandra was born in 1953 and graduated in English Literature in Rome in 1977. She taught in public schools for a number of years, and worked as a translator on several projects at the Università degli Studi della Tuscia. She specialized in teaching Italian to Foreigners, and for over ten years has been conducting the Home Stay Courses at Viterbo, as part of the language and culture program of Dante Alighieri at Siena.

Enzo was born in Rotondella (MT) in 1969. He received his BS in Economics and Banking from the University of Siena and earned the Ditals degree from the University for Foreigners of Siena. In 1997 Enzo started teaching at DA Siena and now is our Director of Academic Affairs, a reference point for all international students.

Originally from Siena, Andrea earned his degree in Literature with specialization in Historical and Artistic literature. He collaborates with DA Siena since 2006 as an Italian language teacher for foreigners. Andrea is responsible for DA’s co-curricular social activities, specifically in the historical-artistic field. He knows all the “secrets” about Siena and the Palio: it is a real pleasure to listen to him.

A native Senese, Angela is graduated in Literature with a specialization in Historical and Artistic literature. She lives in Siena with her husband and son. Angela has been teaching Italian language to foreigners at DA Siena since 1999. Her long experience will make your learning extremely smooth.

Claudio was born in Siena, where he received his BS in Pharmacy Science. In 1997 he started working as a scientific informer, collaborating with some medical centers, that led him to move to South America. There he taught Italian and Science in local schools. Back to Italy in 2008, he earned the DITALS certificate and started to collaborate with DA Siena. Today he is the “rock” of the school.

Guido was born in Siena in 1985, he graduated at the Università per Stranieri di Siena specializing in teaching Italian language and culture to foreigners, with a particular focus on history. He has been collaborating with DA Siena since 2013 and takes care of the Study Abroad Programs. Through his class he will instill you with his love for the city: you will put Siena on your top 5 world favourite cities.

Native of Rome, Maria moved to Siena when she was very young. She has a Master’s degree in Linguistic and Cognitive Studies from the University of Siena. She also earned DITALS I and II certificates and finished her Postgraduate study in teaching Italian to Foreign Students. With her academic background every lesson is a new discovery.

Ferdinando’s passion for cooking began when he was young. Graduated at the School of Hotel Management and Catering in Naples, Nando began to expand his skills as chef and pastry cook. Among his working experience there are big names like “Grand Hotel Helio Cabala” in Rome, “Sangallo Park Hotel” and “Palazzo Ravizza” in Siena. Our Chef will show you the tricks of the Italian cuisine with love and passion.

Patrizia was born in Siena, where she started her working experience with the first cooking school in the city. Teacher of professional training courses for various accredited agencies, she started her collaboration with DA Siena in 2019… and it was love right away! You will be overwhelmed by her energy and professionality.

Eduardo Cocciardo was born on the island of Ischia. In 1999 he graduated with a Bachelor of Arts in Music and Drama from the University of Siena, obtaining the maximum grade possible, equivalent to a First Class Honours. Eduardo has been a lover of the theater since he was a child; when he was thirteen he won a poetry competition reciting “’A livella di Totò”. From September 2000 to the present day he has been collaborating with the Siena Committee of the Dante Alighieri Society as a teacher of Italian language and culture to adult foreigners.

Studied piano at Siena music school, then she got a Diploma at Busseto Lyric Academy in 1995 and a second degree at Florence Cherubini Conservatory. Cristina Ferri had her debut at the age of 21 as “Suzel” at Reggio Emilia Valli theatre with the Toscanini Orchestra. She has played many different roles all over the world ever since and she recently has taken part at the soundtrack of Donato Carrisi’s “L’uomo del labirinto”, with Dustin Hoffman and Tony Servillo.

Simone was born in Rome and attended Fiesole music school. He graduated with top marks in piano at Livorno’s Mascagni Conservatory; in orchestral conducting and lyric opera at Bologna Philharmonic Academy. Simone Marziali also won several national and international contests such as the “Città di Stresa” and “Città di Roma”. He is a collaborator of the Puccini Festival in Torre del Lago and has worked with famous singers such as Placido Domingo, Katia Ricciarelli, Andrea Bocelli, Daniela Dessì and Raina Kabaivanska.

Alberto was born in Florence. He devoted his studies to Pietro Mascagni, Giacomo Puccini and Alfredo Catalani’s productions. From 1978 to 1989 he was music critic for many specialized magazines and events, with particular reference to the Maggio Musicale Fiorentino and the Salzburg Festival. Since 1982 the collaborates with the Florence Theatre and since 1990 he is the Artistic Director of the Livorno Theatre. Teacher of interpretation and scenic arts, Paloscia has also directed and co-directed several plays, among which: La Traviata, La Forza del Destino, and Il Barbiere di Siviglia.

Do you need an accommodation in Siena?

Get a Custom Quote